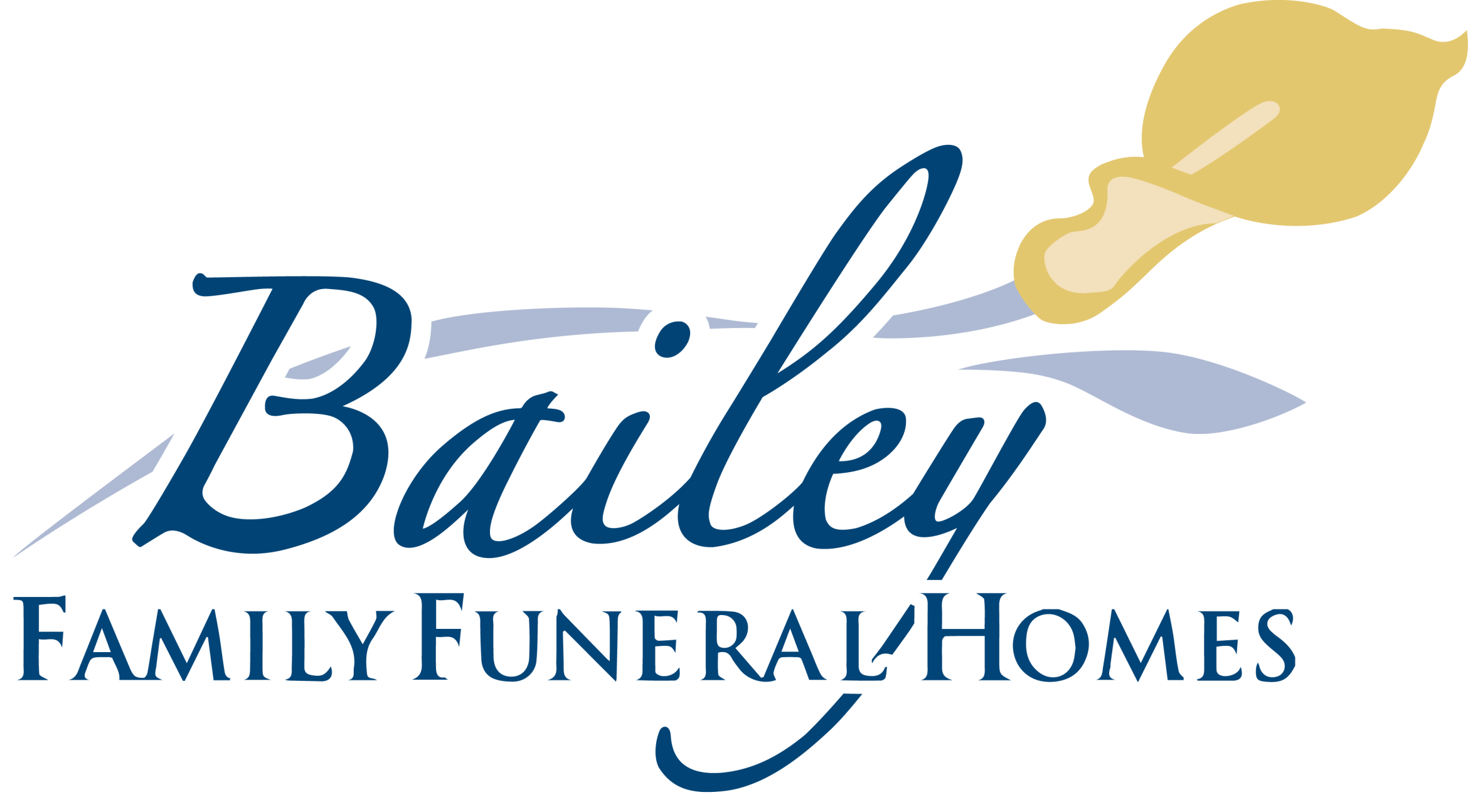 Every aspect of our home was designed to provide comfort to you and your guests. 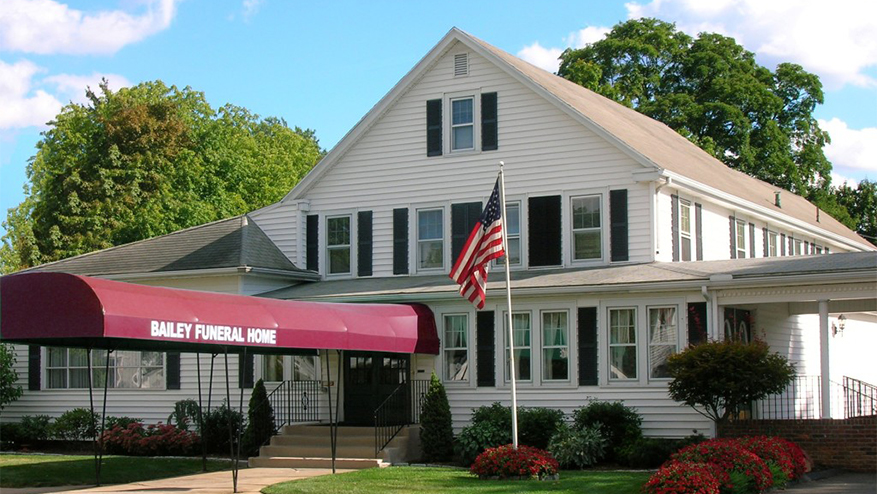 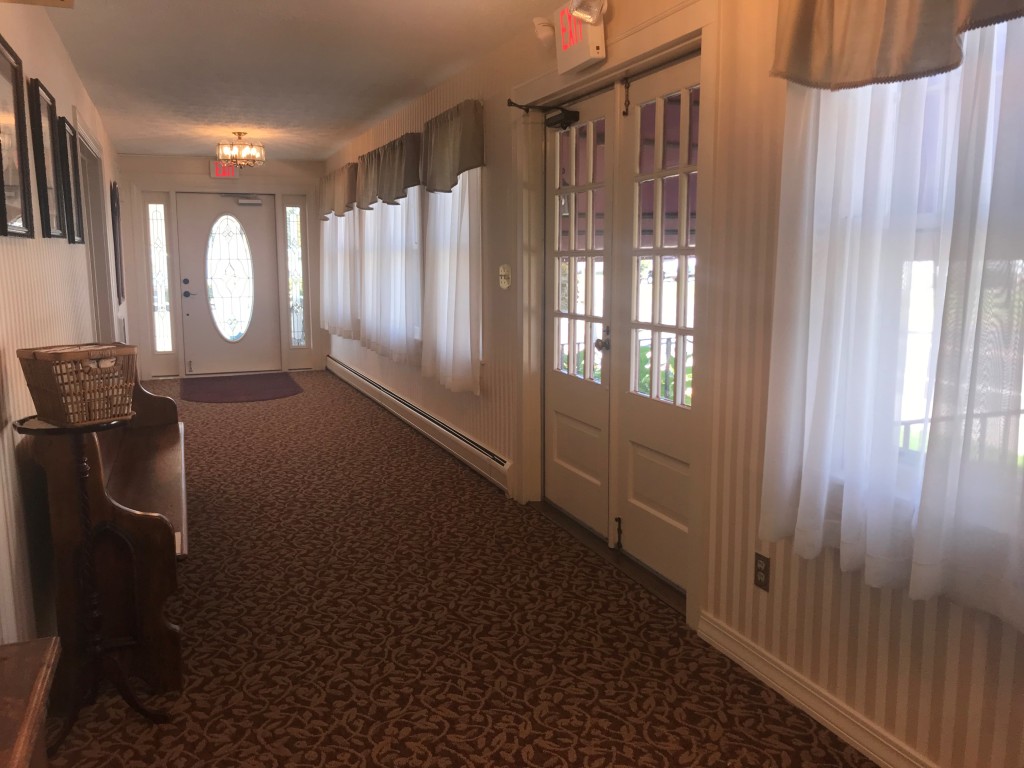 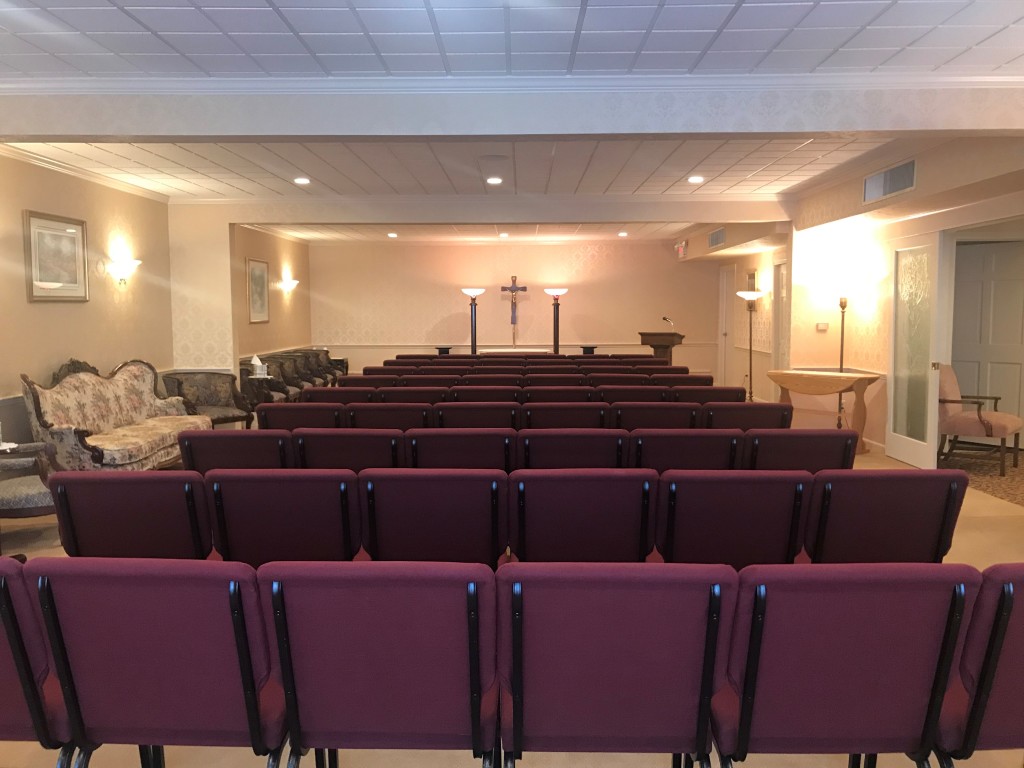 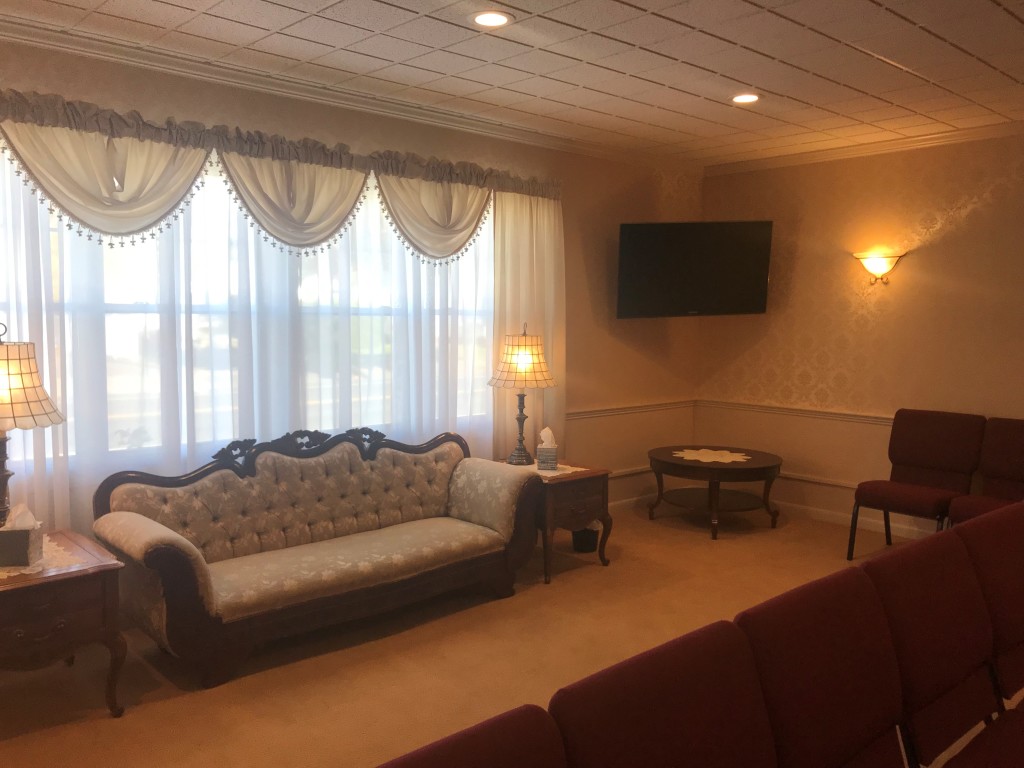 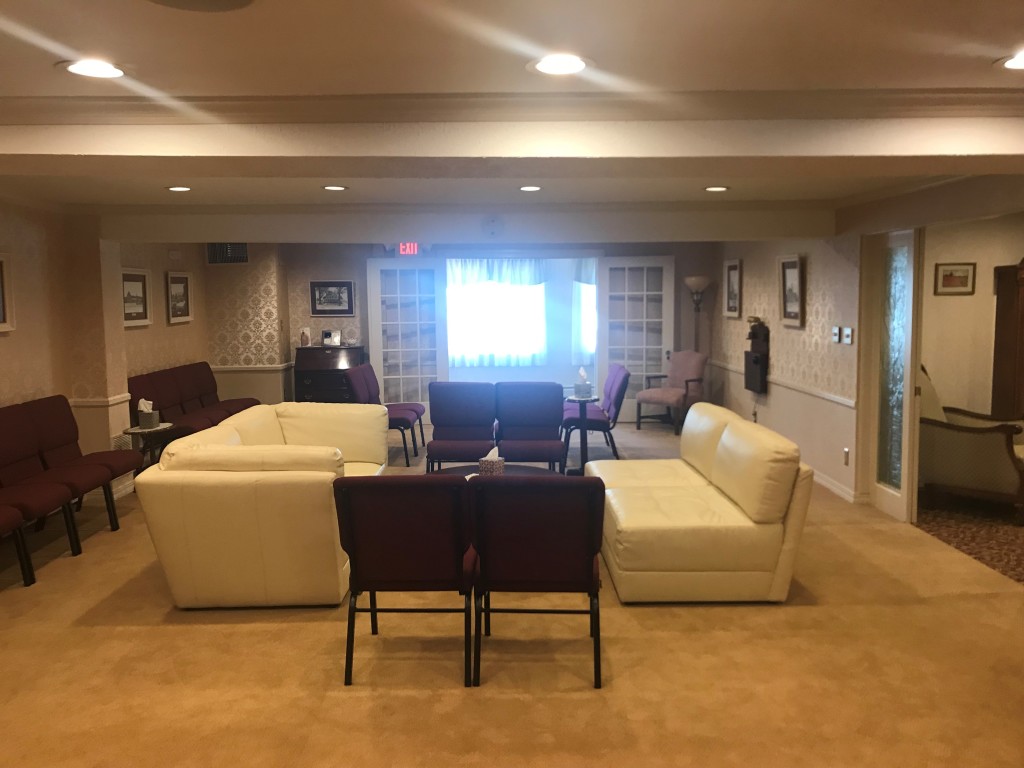 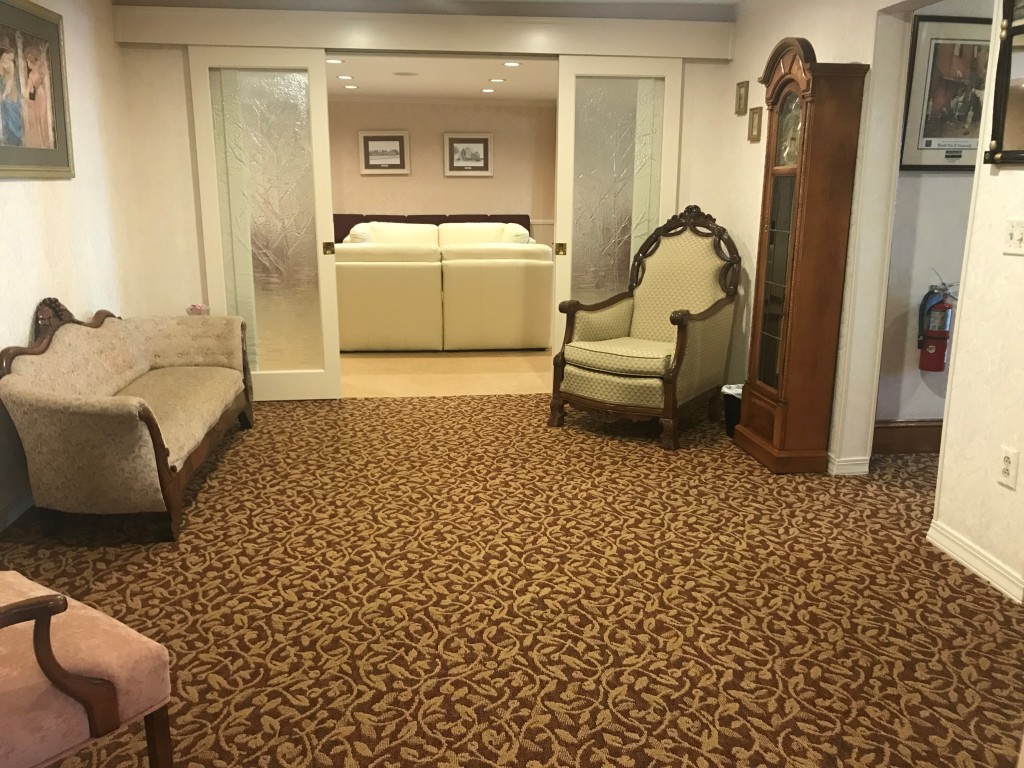 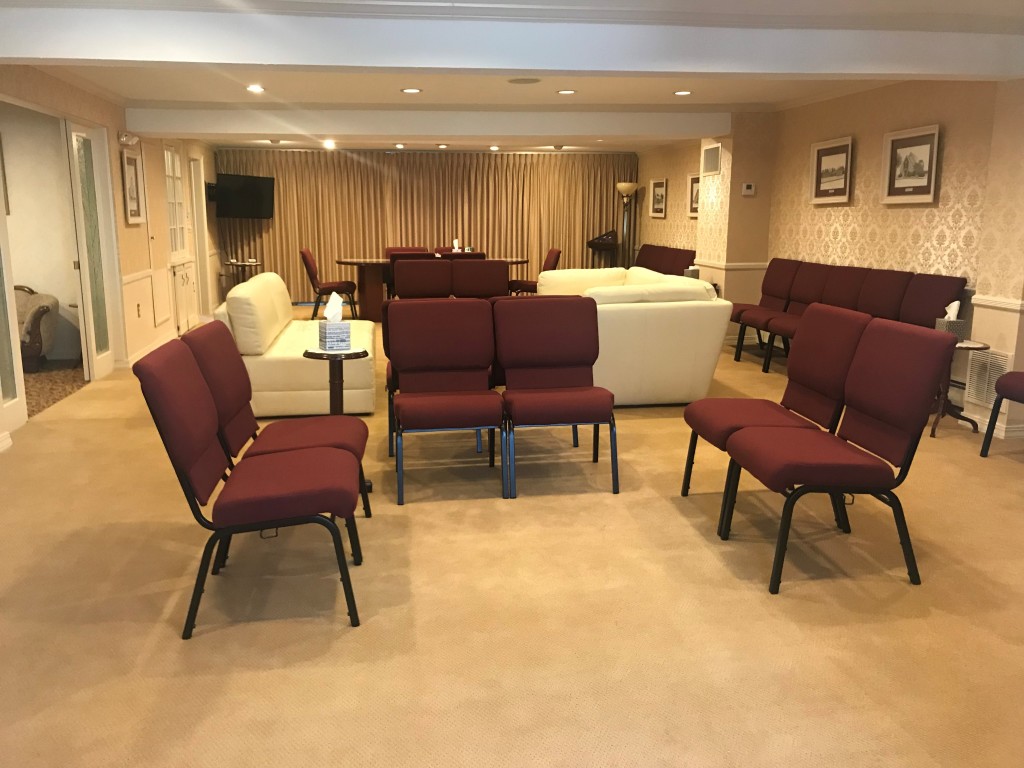 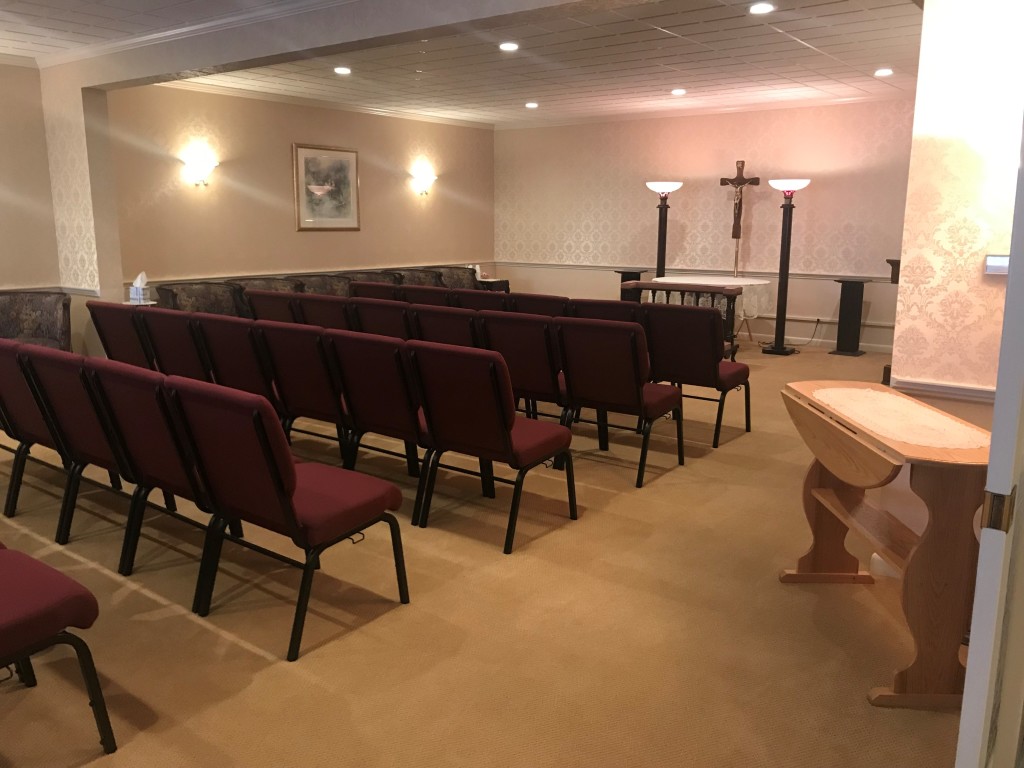 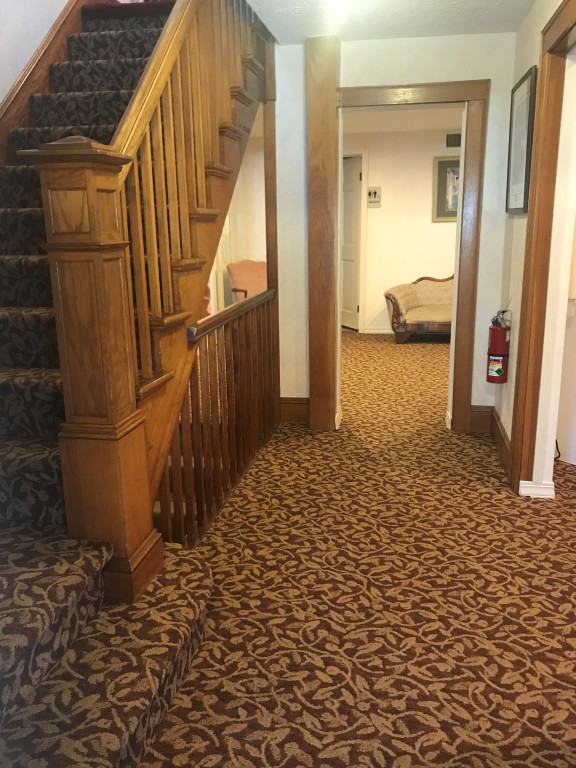 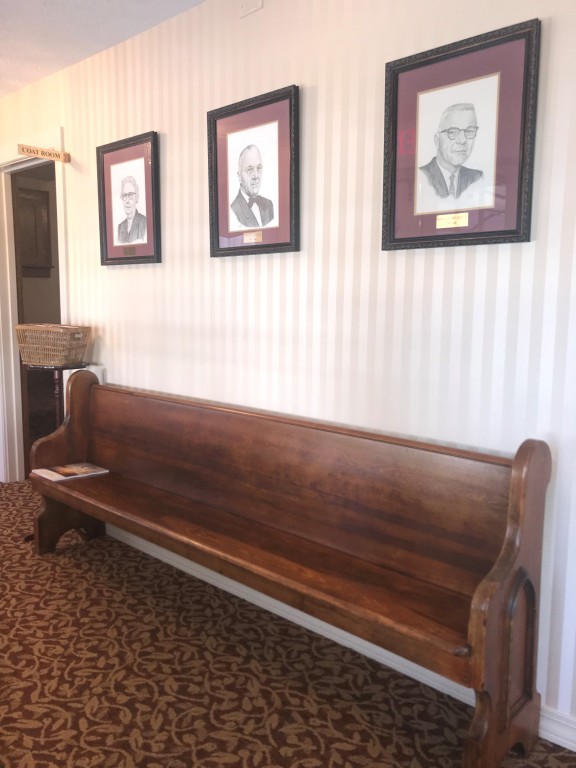 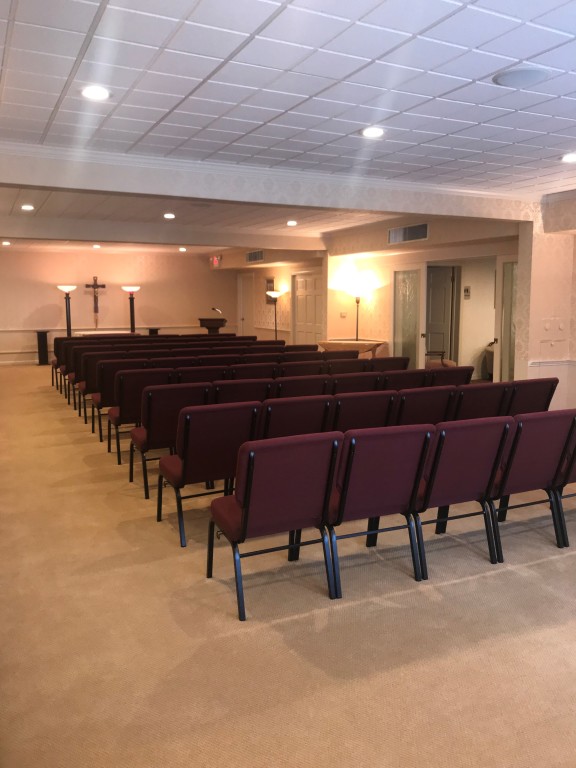 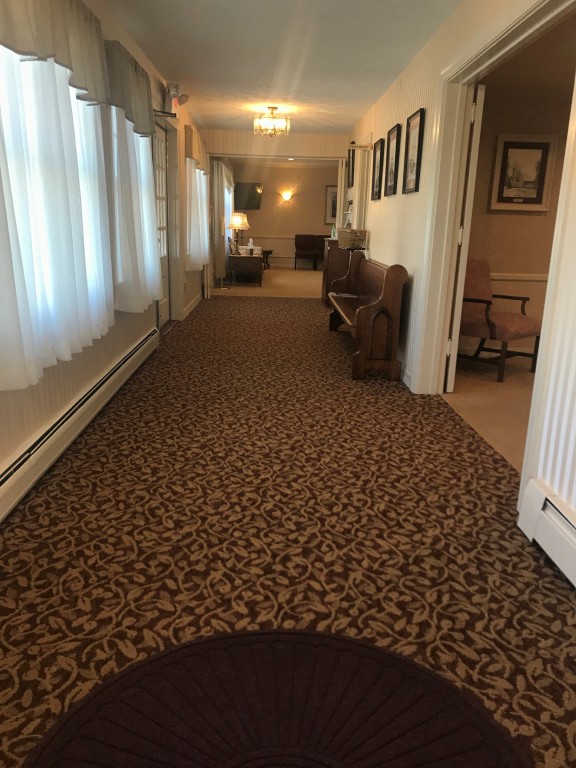 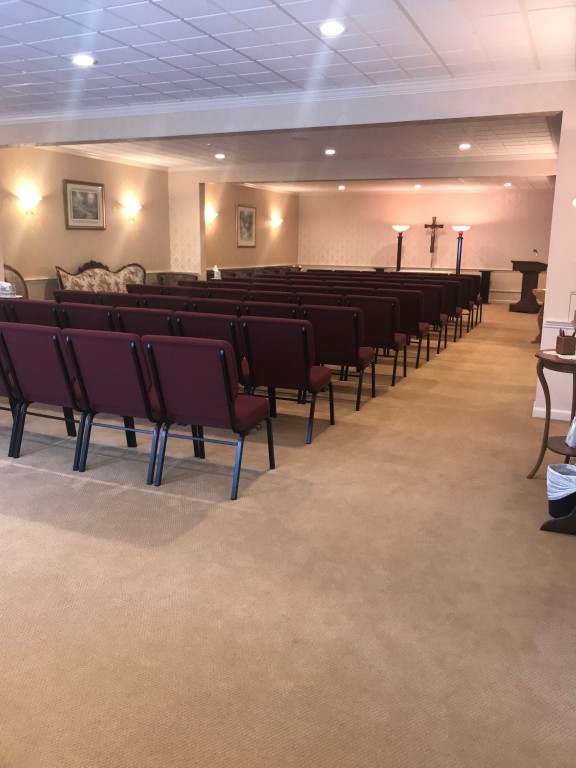 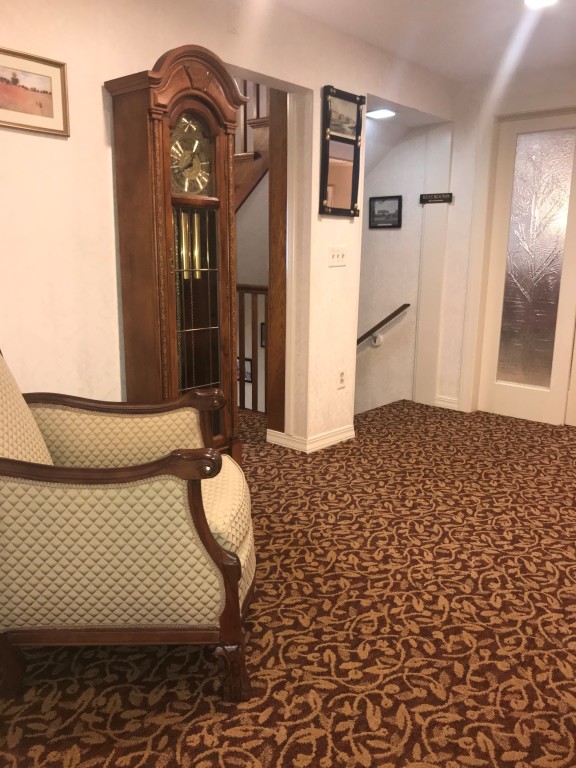 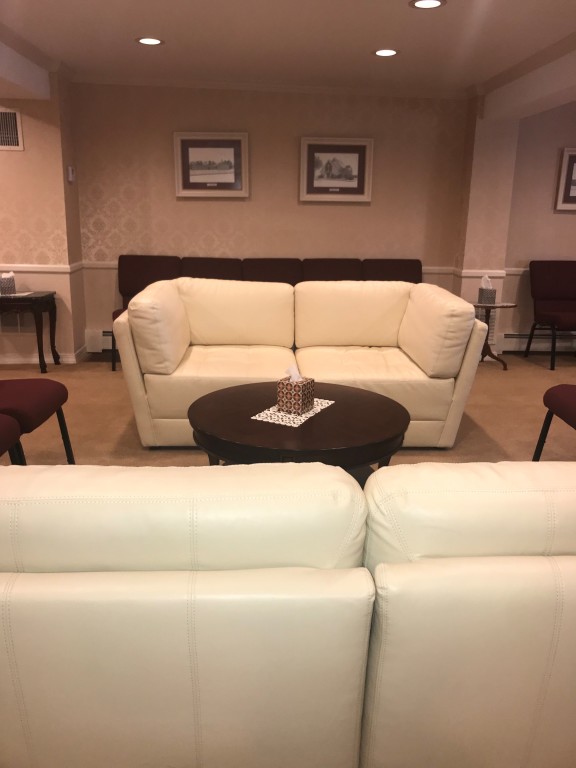 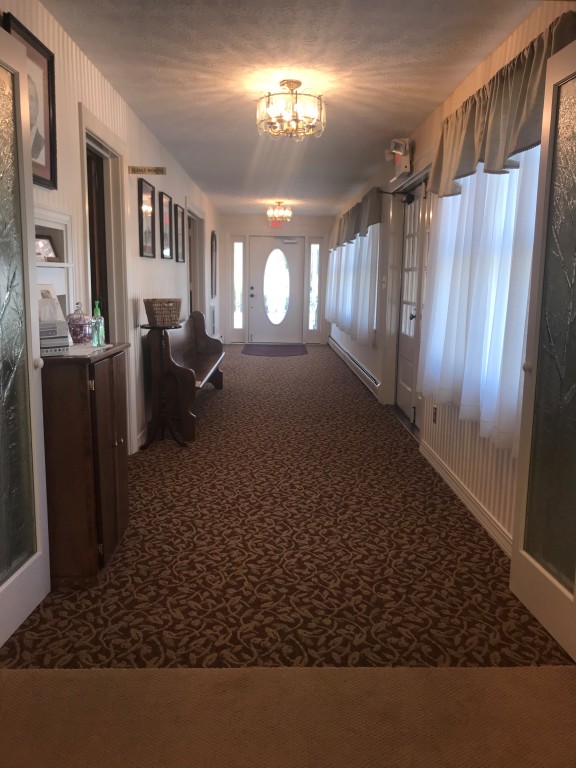 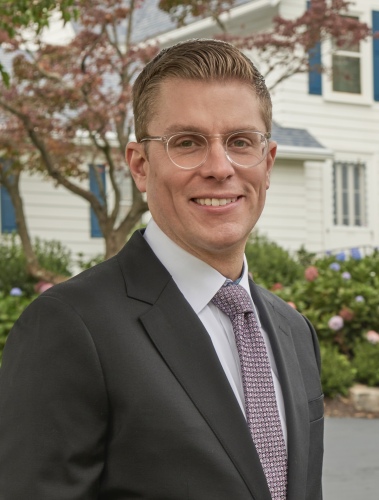 Matthew R. Bailey, CFSP, president of the Bailey Family Funeral Homes, is the fourth generation of the Bailey family to serve the community. He attended Holy  Trinity School in Wallingford and Xavier High School in Middletown prior to his studies at The Catholic University of America (CUA) in Washington, DC.  From CUA, he received his Bachelor of Arts degree. While in Washington, Matthew received his Third Degree with the Knights of Columbus CUA  Council #9542 and was employed by CUA and the Basilica of the National Shrine of the Immaculate Conception.

Matthew was a student at the America Academy McAllister Institute of Funeral Service (AAMI) in New York City where he was elected by his peers to serve as class president. He went on to join the faculty of his alma mater and currently serves on the schools Board of Directors.

Robert B. Bailey, president-emeritus, joined his father in the business in 1967; and except for a tour in the U.S. Air Force from 1970 to 1974, he has  continuously served the community. He was a graduate of Leicester College in 1966 and graduated from the American Academy MacAllister Institute  of Funeral Service in 1967. Robert and his wife, Darlene Cannata Bailey, have three grown children: Michele Bailey Chaudhry, Michael R. Bailey and  Matthew R. Bailey. Robert is active in the community as a past president of the Wallingford Rotary Club being honored as both a Paul Harris Fellow  and Rotarian of the year. He has served as the vice president of the In Memoriam Cemetery Assoc. He has also served on the boards of the Wallingford Jaycees, Wallingford Family YMCA, the Wallingford Symphony Orchestra, and the former Meriden-Wallingford Hospital. He is a member of the Connecticut Funeral Directors Association and the National Funeral Directors Association.

Andrea J. Cappiello joined the B.C. Bailey Team in March of 2016.  She is a 1998 graduate of Sacred Heart Academy in Hamden, and obtained her bachelor’s degree in Biology from Quinnipiac University.  In 2007, Andrea graduated with honors from Briarwood College in Southington with her degree in Mortuary Science.  After successful completion of the International Conference of Funeral Service Board Examinations National Exam, Andrea became a licensed funeral director & embalmer.

He is a graduate of Notre Dame High School of West Haven, and attended Roger Williams University in Bristol, RI. Jayson acclimated himself to the  Wallingford and Meriden area by working as a letter carrier at the United States Postal Service while attending Lincoln College of New England in  Southington where he studied mortuary science. Graduating in 2014, Jayson successfully completed the International Conference of Funeral Service Board examinations, served his residency here with us, and became a licensed funeral director and embalmer.  Jayson is a member of the Connecticut Funeral Directors Association, the National Funeral Directors Association, the Cremation Association of North America and the International Cemetery Cremation and Funeral Association.  He is a certified celebrant through the Insight Institute, Certified Crematory Operator through the Cremation Association of North America, and holds the distinction of being recognized as a Certified Funeral Service Practitioner by the Academy of Professional Funeral Service Practice. 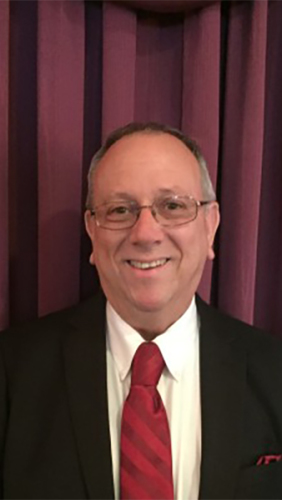 Dave was raised in Plainville, graduating from Plainville High School in 1972. Dave spent most of his working career in manufacturing and retail management, most notably with Radio Shack. He is currently a bookkeeper at a local firm. Dave enjoys playing golf and singing with his church worship team. He also enjoys watching the Red Sox, Giants football, and UCONN basketball and is active with the local Relay For Life. Dave lives in Plainville with his wife Dorothy and has 2 daughters, Amanda and Emily. Dave first started with Bailey's in 2009.

Tarn Granucci grew up in Wallingford, the son of Harold and Sara Lou Granucci. His family heritage in Wallingford goes back to 1890 when his great-grandfather moved here. Tarn grew up as a Unitarian which provided him with a wide and balanced perspective on all views and faiths, religious or non-religious. He also grew up in the family furniture business and took it over in 1979. In that business, Tarn connected with many families in the community and serviced them in their homes. He has served on the boards of many local organizations as well. Those would include: Rotary Club of Wallingford, Wallingford Family YMCA, Better Business Bureau, United Way, Meriden-Wallingford Hospital, Quinnipiac Chamber of Commerce, Wallingford Public Library, Mayor's Council for Substance Abuse, Hubcap Co-working Space, and others.

Tarn is an InSight Certified Celebrant which means he has been trained and certified as a Funeral Celebrant by InSight to meet the needs of families during their time of loss. A Funeral Celebrant serves by providing a funeral service, memorial service, or tribute that is personalized and individualized to reflect the personality and life-style of the deceased after consultation with the family and loved ones and coordination with the funeral home.

Tarn is proud and honored to have the opportunity to be in this important role and to serve those in need at such a difficult time. He selects and presents poems (some written by him for the family), other writings, music, song and family memories to enrich the services and reflect the nature of the person who has passed.

A year of daily grief support

Our support in your time of need does not end after the funeral services.  Enter your email below to receive a grief support message from us each day for a year.  You can unsubscribe at any time.