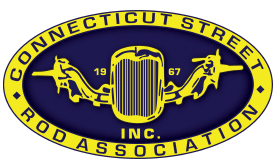 WALLINGFORD - John M. Sabatucci, 59, departed this life on January 5, 2021 at MidState Medical Center after a brief illness. He was the beloved husband of Kristine (Helstrom) Sabatucci for the past 33 years.

John was born in Meriden, CT on October 2, 1961 to Gloria (Berarducci) Sabatucci and the late John E. Sabatucci.

John was a lifelong resident of Wallingford, CT and graduated from Mark T. Sheehan High School in 1979.  After high school, John worked for his dad at Orange Auto Body until he opened Sabatucci’s Auto Body in 1992 through 2001 until transitioning to Nationwide Insurance, where he held many different positions for the following 17 years.  For the past 2 years, John worked for ComSearch Inc, where he was a Quality Assurance Associate.

John had multiple passions and loved collecting “stuff” and showing off his newest gadgets.  He was a member of the Connecticut Street Rod Association since 2008 and was currently the chairperson for Connecticut Nostalgia Night shows.  John was currently developing and leading a community crime watch committee with approximately 55 members.  He loved hunting, fishing, his 1929 Nash, camping, playing games, tinkering with clocks and most of all entertaining family and friends.

In addition to his wife and mother, John is survived by: his best friend & son Justin Sabatucci and his wife Amber (grandson Jordan) of Bristol, daughters Tracey Sabatucci (granddaughter Bella) of Wallingford and Mindy Schroeder (grandsons Jaxon and Jesse) of South Glastonbury.  John will also be dearly missed by his siblings, Austin Sabatucci Sr., of Wallingford, Rick Sabatucci of Meriden, Annette (Rob) Janovic of Waterford, Danno Sabatucci of Meriden and Dawn Matuskiewicz of Durham, Stepmother Dolores Hammond of Durham, many nieces, nephews, aunts, uncle and cousins.  John had many close friends who will miss him dearly especially Jon & Kathy Smith, Ray Carlson, Rico Mauriello, Ed Hevey and his four-legged best friend, Doc.

The family would like to express their sincerest gratitude to all the heroes at Midstate Medical Center on Pavillion C in the ICU.  The doctors, nurses, PA’s, hospitalists, RT, aides and especially Amanda the manager for the care and compassion you exhibited.  John's family will receive visitors on Monday, January 11, 2020 from 4:00 - 7:00 PM at the B.C. Bailey Funeral Home, 273 S Elm St., Wallingford. A graveside service will be held on Tuesday, January 19, 2021, 11:30 AM at St John’s Cemetery. To leave a message of remembrance, please visit www.BaileyCares.com.

To send flowers to the family or plant a tree in memory of John Michael Sabatucci, please visit our floral store.