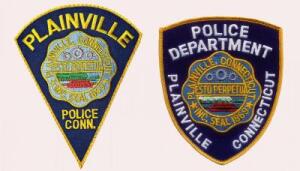 With great sadness, Charles A. “Chic” Smedick, 68, of Westbrook and Hobe Sound, FL, formerly of Plainville, passed away peacefully on Sunday, November 15, 2020 at the John Dempsey Hospital in Farmington. He was the beloved husband of Barbara (Moschini) Smedick for 46 years.

Chic was born on May 4, 1952 in Bristol son to the late Henry M. Smedick and Anna (Main) Smedick, who survives him. He grew up in Plainville attending local schools and graduated from Plainville High School in 1970. In his youth, Chic was an Eagle Scout and conservation officer. His interest in public service was cultivated as a young man as he served many years on the Plainville Fire Company as a volunteer firefighter, alongside his brother and in-laws. In the early 1980s, he became interested in law enforcement, a line of work that would become his life’s passion. He attended Tunxis Community College in the Criminal Justice Program. He went on to enlist in the Police Training Academy and soon after began his successful career in law enforcement, working for the Town of Plainville Police Department. Chic tirelessly served the community of Plainville for 30 years and was devoted to making the town he grew up in a safer, better place to live. Over the course of his dedicated time served to the Town of Plainville, Chic received countless department commendations, attended numerous special trainings and volunteered many hours for community organizations. He reached a well-deserved retirement from the department as the Administrative Sergeant in 2012, but his community involvement did not stop there. He continued to be a familiar face in town by serving as a Funeral Assistant at Bailey Funeral Home, helping families at very difficult times. In retirement, Chic and his wife, Barbara, enjoyed their winters at their house in Hobe Sound, FL and their summers at the family beach house in Westbrook, CT along the Long Island Sound. He enjoyed days at the beach surrounded by family and friends, golfing, and fishing. Chic was a humble, loving, witty guy with an infectious smile and a heart of gold. He was truly one of a kind and a man who was highly respected by all. The community of Plainville mourns with his loving family.

In addition to his wife, Barbara, and his mother, Anna, Chic is survived by his two sons: Jeffrey Smedick of Westbrook, and Nicholas Smedick and his wife Heather and their children, his pride and joy, his two grandsons, Nicholas Jr. and Joseph. His beloved dog Vito. He is also survived by his brother Daniel Smedick, his sisters, Nancy Hatch and Dina Harris; and several nieces, nephews, and extended family members and a wide circle of friends.

A funeral procession will leave Bailey Funeral Home, 48 Broad Street, Plainville at 9:30 AM on Saturday, December 5, 2020 for a Mass of Christian Burial for 10 AM at Our Lady of Mercy Church, 94 Broad Street, Plainville. Due to the current pandemic, a limitation of 100 guests are allowed to attend the Mass, so we kindly ask for family and close friends only to attend. Those in attendance will be asked to follow all CDC guidelines, required to wear facial coverings and maintain social distancing.

In lieu of flowers, donations in memory of Chic may be made to The Robert M. Holcomb Scholarship Fund, c/o Plainville Police Association,19 Neal Court, Plainville, CT 06062.

To send flowers to the family or plant a tree in memory of Charles A. Smedick, please visit our floral store.